How Can Counselling Help You?

What are the treatments for depression?

Depression is one of those terms that can have a number of different meanings, all of which are quite difficult to identify in medical terms. Anyone who suffers from depression, however, understands its effects, which can range from mild to debilitating.

People who have never suffered from depression tend to think of it as a change in mood, in the way that some people might feel a bit sad or a bit down at times.

People who have had or have depression tend to think of it in a much darker way. Depending upon its severity, depression tends to go much deeper than mere thoughts or feelings and is often described as a type of soul sickness.

The specific causes of depression are not really known, but it is fair to say that there are often many underlying factors that can affect it, such as sexual abuse or other forms of childhood or adult trauma.

Anyone who is diagnosed with any type of depression may be offered some type of anti-depressant medication as a way of dealing with it. The choice of whether or not to take medication is a very personal one.

In the end, it is a personal choice that individual makes in consultation with their physician, taking all these factors into account.

It is important to realise the nature of counselling and what it can and cannot offer. Most types of counselling are non-directive and are intended to create a safe relationship between the counsellor and the client.

It is the safety of the relationship that allows the client to begin to feel safe enough internally to allow them to begin the healing process of any trauma or problems they may have.

As such, counselling can play a major part in helping to treat depression, not literally, but by allowing the client to heal any underlying issues.

Counselling of this nature is normally thought of as a long-term process and requires a commitment by the client to engage with the therapist or counsellor over quite a long period of time.

A client may be on anti-depressants at the same time as having counselling, but should always make sure his counsellor or therapist is fully aware of what medication he or she is taking.

It is important to be clear that depression is not always linked to trauma. Its causes often remain unknown, and any treatment can vary in terms of its effectiveness. However, counselling of a non-directive nature is likely to have a beneficial effect on the client's sense of self. It is likely to provide some degree of respite from the worst effects of depression. 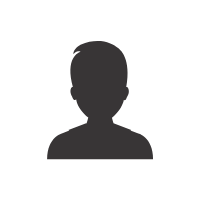 If you are looking for info about how counselling can help you, this blog is for you. If you are feeling low and you feel you don't know where to go, it can be extremely difficult to open up and talk about your feelings. A counsellor can help to provide you with a safe space in which you can express your thoughts and feelings and explore the triggers for your low mood. The articles posted on this blog will guide you through the different types of counselling available to you and will provide you with other bits of useful information.